The Problem With Poly-B Pipes

Why this Flexible Grey Piping in Your Home Should Be Replaced

Word is getting around that a type of plumbing pipe commonly installed in the ’80s and into the ’90s has some major potential problems and may be worth replacing. We estimate that at least 20-30% of Calgary homes have plumbing systems made up of Poly-b, and it’s especially prevalent in communities like Sundance, Edgemont and Silver Springs. If you’ve heard about Poly-b, you might be wondering how to know if you have it in your home, what to do if you do, and what exactly the risks might be to not replacing it. 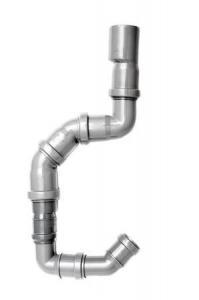 Polybutylene pipe, or Poly-b as it’s often called, is a grey plastic pipe that was manufactured from the late ‘70s until the late ‘90s and used heavily in residential plumbing systems during that time. Its popularity was thanks largely to the fact that it was cheaper than the other most common piping at the time which was copper.

If you see grey pipe in your mechanical room or under the kitchen sink, chances are you have it throughout the house, unless part of the home was a renovation or addition. About 90% of the homes built in Calgary in the ‘80s and ‘90s were built with Poly-b plumbing.

Unfortunately, at the time, the plumbers installing the pipes weren’t aware of the effect that UV rays would have on the plastic. The pipes may have sat outside in the sun either for storage or during construction before installation, allowing the UV rays to damage and weaken the resin. This damage then started to show about 10-20 years after installation, with pinhole leaks starting to show up.

If your Poly-b pipes do start to leak, you’ll generally see a problem first in just one spot in your home. This might be a water stain on the ceiling, or a single leak. If we come to investigate and discover that this leak is due to Poly-b pipes, we normally recommend replacing all the pipes in the house, as problems in other areas are inevitable — it’s just a matter of time.

If you buy a home with Poly-b pipes and your insurance company is aware, there is a chance they might require replacement of the pipes due to the chance of their being a leak while you’re away from home and causing tens of thousands of dollars in damage.

To Replace or to Wait

The good news is, if you have Poly-b pipes in your home but haven’t had any problems, it’s not necessary to replace all your pipes any sooner than you would have otherwise. It’s okay to wait until there’s a problem or until you are renovating. You should, however, have your incoming water pressure tested to make sure it is within the working pressure of the polybutylene.

One exception to this would be if your pipes are connected by plastic fittings. In this case we still recommend replacing at least the sections we can see, even if you haven’t had an issue yet. These fittings have become very brittle and might crack from even the pressure of a touch. If your fittings are metal, you’re safe to wait on the replacement.

We do have quite a few customers who are choosing to replace their Poly-b pipes proactively for their own peace of mind, and we support this decision as well. 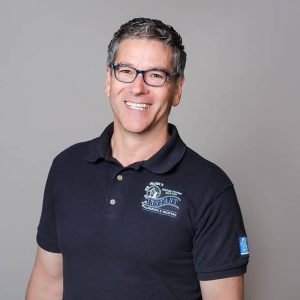